Fact Versus Fiction Versus Belief 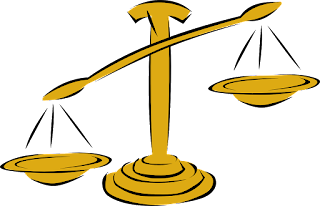 I first started practicing law as a Public defender and continued a litigation practice for an additional 21 years.  I was convinced that the factual evidence, if presented in a logical way with my limited powers of persuasion, would convince a fairly selected jury to see things my way.  Recent events and my reading of a very interesting book, The Influential Mind by Tali Sharot, have brought me to a startling revelation.  When people are presented with factual evidence that goes against their deeply held beliefs, factual evidence does not sway them.  Instead they invent more reasons their prior position was actually correct. Sharot asserts that the smarter the person is, the greater their ability to rationalize and reinterpret discordant information and the greater the polarizing boomerang effect is likely to be.  What a blow to my litigator’s ego, but more importantly could this be a clue to our currently divided country.

I grew up in a household in which one side of the family held themselves out as Republican and the other side Rooseveltian Democrats.  Dinners were always filled with lively but civil discussions.  I never did adopt one brand or the other. As a result, I never had deeply held partisan political beliefs. I tried to adopt a common-sense approach that was unencumbered by partisan loyalty.   I think I detect that my situation is not commonly shared.  People today seem to have a great need to identify with a tribe, group, club, religious affiliation, or political party more than an open mind to consider a common-sense based solution.  This branding or group identity as a facility for deeply held beliefs seems to fit Sharot’s characterization to a tee.

How often do you hear that we are currently living in a “POST TRUTH ERA?”  For some, it of course assumes that there was ever a TRUTH ERA.  It may be more accurate to say that past political administrations have been more truthful that others, but to say they had the franchise on truth is a stretch. Any diehard Republican or Democrat will indicate that when their party held the White House it was the best of times.  How we measure the best of times seems now, as Sharot would say, “…the opportunity [to] rationalize and reinterpret discordant information to fit the preconceived notion.”

I take truth telling and listening to be a matter of character. Truth is the bedrock upon which the rule of law is based.  As a lawyer, whether a litigator or counsellor of the law, the truth must be the basis upon which we provide legal services. The truth may sometimes be difficult to either tell or receive but the legal profession must be the guardians of the rule of law.  I am very concerned that we are no longer a nation that respects the rule of law and the legal profession is not looked up as the guardian of the rule of law. We, as lawyers and/or as individuals of character, need to change that perception.

I wrote recently of the perception that the US Supreme Court was not a divided as we are led to believe is the case nationwide. The role of guardian of the rule of law for the legal profession starts at the top.   Recent leaks from the inner sanctum of the Supreme Court may prove me wrong that the Court is divided not along judicial lines but rather political lines.  Recently our Senate majority leader, who once said that he was dedicating himself to making sure the President Obama only served one term, recently said that the most important thing that the current President has done is appoint Justice Gorsuch to the Supreme Court. Politics has once again entered the Supreme Court.  The results of this term should be interesting. Stay tuned for further musings….
Posted by Len Goldstein at 9:32 AM No comments: