Food For Thought: State of the State, Volkswagon and Tax Extenders


As the cold months are upon us, I find I have a bit more time to sit and ponder. Here are a few items for you to think about should you find yourself in the same position:

In a recent poll conducted by Politico, Colorado came out pretty well.  It was ranked the 6th strongest state.  The criteria included the following: Annual per capita income ($31,674); percentage of unemployed (3.5%); percentage below poverty level (12%); home ownership (63.9%): percentage of high school grads (90.5%); life expectancy (80) with Infant deaths/1000 (4.79).  Denver was also just recently ranked the 8th most future ready city.  Tell me, in your businesses, are you experiencing the same positive trending?

In a recent tour of the country, the CEO of Volkswagen said, after California rejected its remediation plan, that his Company did not lie to the EPA; it was a technical misunderstanding…  In my previous newsletter I suggested that perhaps criminal sanctions might be in order.  I think in a court of law, the CEO’s recent statement could be a pivotal moment in a trial.

Congress has just finished passing The Tax Extension bill.  There are tax breaks for certain special interests with strong lobbying influence.  Interestingly, over the years, tax extenders have grown in popularity.  The very first tax extender bill was passed in 1988.  There were 8 provisions.  By 1992, there were 12. This year there are 50 provisions, costing $85 billion.  One reason for tax extenders is that line item inclusion in the budget requires lawmakers to consider the 10-year cost of the provision.  Tax extenders are usually passed for one or two years. 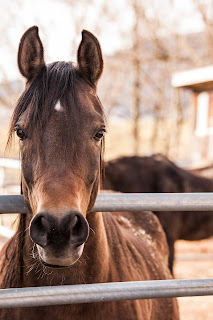 My favorite is the provision promoted by Senator McConnell of Kentucky: it allows depreciation of race horses over 3 years rather than 7.  For those of you in small business, there is the bonus depreciation extender.  It allows businesses to write off a large share of investment in new equipment by immediately taking an expense deduction up to $500,000 (indexed for inflation) for new equipment.  Another extender would allow startups that are not profitable to qualify for a tax credit for research and development.

In my humble opinion, special interests win out again.  How do we even it out? How about balancing it out with a higher earned-Income tax credit, increased child tax credits, subsidies for people who wanted to move in search of work and exemption of the first $20,000 in earnings from the Medicaid payroll tax?

If you have any interest in following up on a tax extender that might benefit you, please call me. I look forward to it.
Posted by Len Goldstein at 4:32 PM No comments: